Living The Big Life in Texas 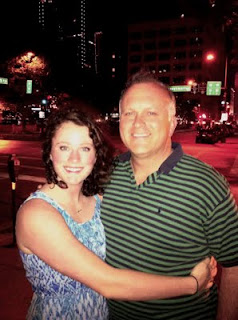 We’re fresh from a trip to Ft. Worth, where we began in earnest the process of packing up the contents of our daughter’s dorm room. This is finals week, which means in mere hours her first year of college will be behind her.
For the moment, it’s all business. She has a grade point average to maintain so she can hang onto to her scholarship money, as well as her place in the Honors College. We certainly have no indication there’s trouble afoot, and so there’s plenty to be proud of.
This includes how she has thrown herself into university life outside the classroom. After casting aside a bid to a sorority, she has immersed herself in church-related activities. Several nights a week, it seems from our distant vantage point, she is engaged in some group activity that helps celebrate her faith.
She’s also running the roads seeking her share of secular fun. 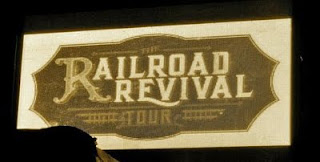 This included a midweek jaunt south to Austin, where the popular musical group Mumford and Sons was making a whistle-stop on their “Railroad Revival” tour as they made their way to New Orleans’ Jazzfest.

The band and the other two acts involved in the show actually arrived on a train and basically off-loaded in a field next to the tracks for the concert. There were less than 1000 tickets issued for the event, so it had kind of exclusive feel. This also meant pretty much everybody had a great festival-type view. 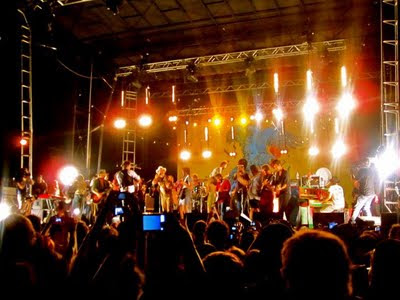 As we sat together at dinner before dorm-packing day, she was ebullient in her description of the experience. Even though she and her running buddies drove to Austin and back overnight so they wouldn’t miss class, they think it was worth the effort. 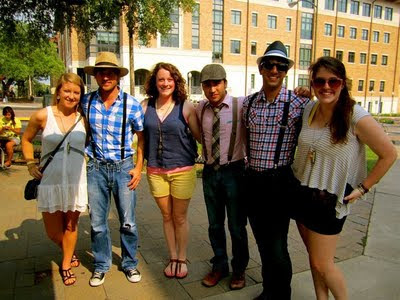 They had a great time, got back to Ft. Worth safely and presumably participated in some kind of academic pursuit the following day. I’m not so naïve as to presume they actually went to class. 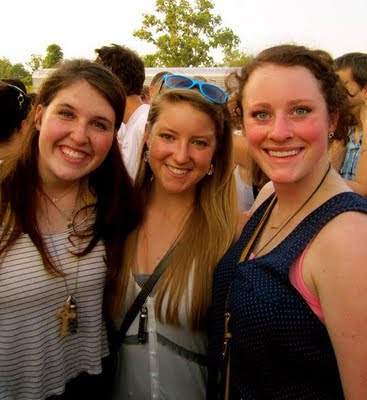 But, hey, if the GPA is where it’s supposed to be, I can’t complain. She seems to be getting the most out of college, and that’s all a parent can really ask for.