Finding a Hole in the Sky to Jump Through

My children seemed to be determined to become citizens of the sky. 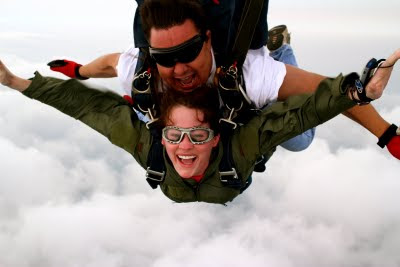 Just about a month after a gentle but thrilling hot air balloon ride across the city, the daughter emulated her older brother’s breathtaking adventure of a week ago. Inspired by his derring-do and no doubt feeling a little competitive, she strapped on a flight suit and jumped out of an airplane at 10,000 feet. 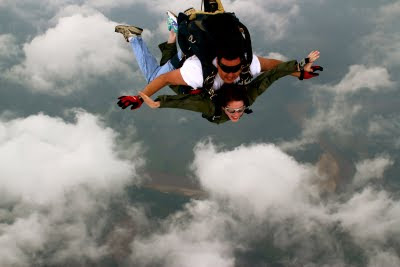 Her first skydiving experience was a little dicier than his. The whole family rolled up to the airstrip north of town, where both of the kids planned to jump. The sky was threatening and the wind was alarmingly gusty, so the plane was grounded for most of the day. 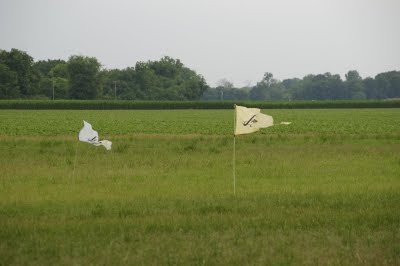 At mid-afternoon, there seemed to be a sliver of an opportunity, so into the aircraft they climbed, determined to find their way out of it two miles high. 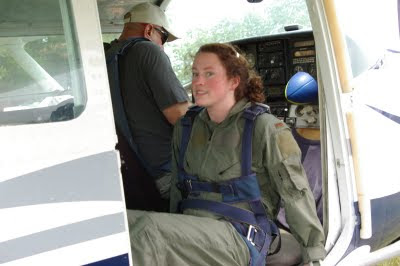 The cloud deck seemed to close quickly. From the ground we could hear the plane but could not see it. For a half-hour or so, the distinctive hum of the engine circled us from high above. We knew they were biding their time, hoping for an opening. We figured if we couldn’t see the plane, the people in it couldn’t see the ground and it would not be safe to jump. We were lamenting her seemingly certain disappointment.
We were told later that indeed a decision had been made to scrap the jump and the pilot was making preparations to land with a full load of passengers.

Meanwhile, back on the ground, there was a telltale change in engine sounds. We knew this to be a strong indication that the jumpers were away.

A week earlier, my wife had become just the slightest bit nauseous at the sight of a speck in the sky she knew to be her son plummeting to earth. Only when she saw the chute successfuly open did she feel better. This time, there was no speck; but bursting silently from the clouds emerged the reassuring image of a colorful chute with four feet dangling beneath it. Our daughter, jumping tandem, was taking her sweet, blustery time returning to earth. 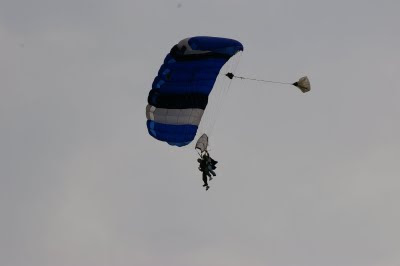 She was thrilled and overcome with a sense of satisfaction at having checked another box on her life’s to-do list. 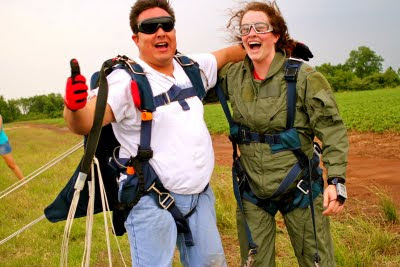 She also revealed how close they had come to returning without having jumped. They were on their way back when her jump partner alertly noticed an opening in the clouds. He saw the airstrip below and yelled, “There’s a hole!” Seizing the moment, they leapt right into it and away they went. 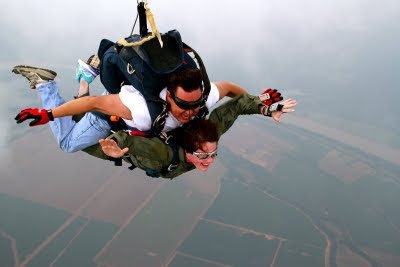 Her brother’s planned jump was postponed and the plane was secured in a hangar. Hers was the last jump of the day.
All the while, Mother endured this with a hint of agony on her face. When her son did all this, I pledged afterward to hunt down a doctor with a prescription pad to help her through. After her daughter took a turn, I think she has a few more fine lines on her face and the silver in her hair is a little more prominent. I’m thinking this time, I’ll treat to her a spa day. 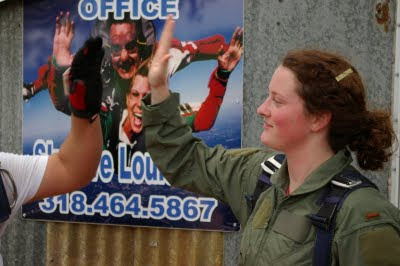