Nobody Bounced and That's a Wonderful Thing

“This is probably the greatest thing I’ve ever done” said my 21-year-old son moments after he dropped from the sky. 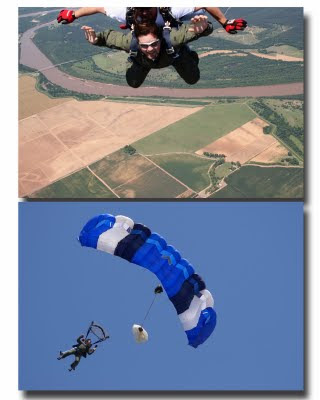 Don’t ask me how this happened, but he decided he wanted to go skydiving and he did it. With two of his buddies in tow, he made his way to a nondescript airfield north of the city, where he slipped into a tiny single-prop plane and jumped out of it 10,000 feet up in the air. 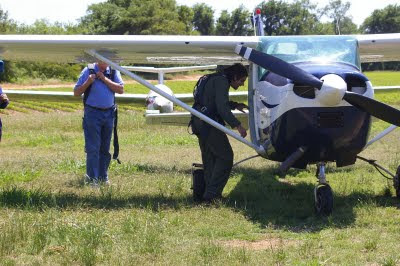 He was the third man in his group to get the opportunity, and he had seen his friends land breathlessly but safely, both of them with gleeful declarations about the amazing experience. 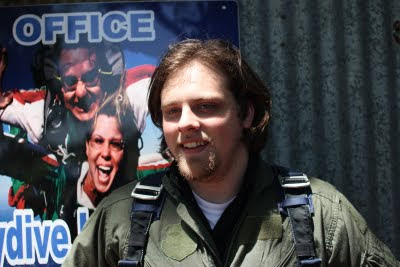 The day was almost picture-perfect with a temperature in the 70’s and a cloudless sky. The breeze was a little stiffer than everyone would have liked, but it certainly was not an impediment to a successful skydive. They all did tandem jumps, which means an experienced skydiver actually did all the work while he was strapped to the guys’ backs; but you have to start somewhere. 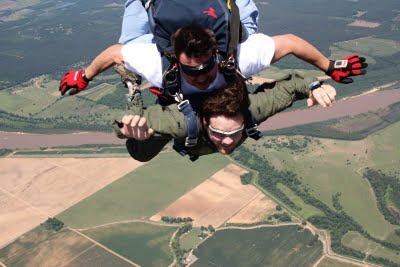 My wife was a surprisingly cool customer about all this. Initially, she said she wished she hadn’t known, that she would have preferred to hear about it after the fact. She planned to go to a movie during the jump, but I talked her into driving up there with me to witness it.

She later said she was fine almost the whole time. There was a moment when she saw a tiny speck in the sky which she knew to be her son falling from an airplane, before the parachute opened, when she felt a little sick. 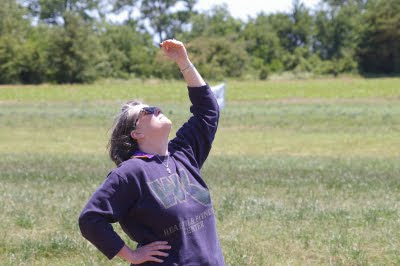 It was fleeting, though, and she admitted she was glad she went. This was such a significant event; having shared it with our son was meaningful.
It was so great to see him so thrilled (and safe!) that I just had to hug him when he came trudging off the airstrip in his flight suit. 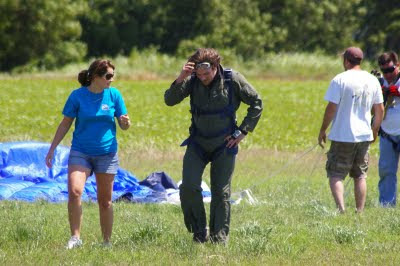 He was all smiles, high-fives and thumbs-up.

There are two little secrets to share, however:
1) One long-neck Budweiser was consumed about 45 minutes before his take-off.
2) The harness he had to wear (How can this be put delicately?) gave him trouble. 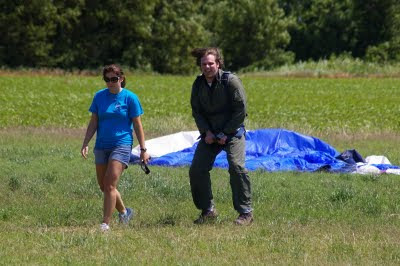 He’s going again next week, weather permitting, and taking his sister along. He said “She’s going to love it.” I’m not so sure about their mother. Longnecks may not be enough. I’ll try to find someone with a prescription pad. 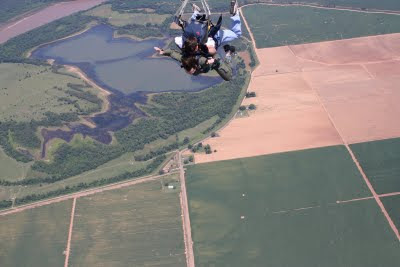 To Claire, the "Mother",

One of the two buddies that went with Chris was my Son, Joel. I did see and learn of the experience "AFTER THE FACT." I have to admit; it was easier not to look up at a speck in the sky falling about 20 miles an hour, almost two miles high, before a prayerful and safe landing. I told my equally as enthusiastic Son, I was glad he did it. When I was his age or close to it, I wanted to do the same. I (for some ridiculous reason) had fears of not returning safely to my children (one of which was Joel) to see them grow up, so I abstained. So in some small way, I contributed to his experience, right...lol? At least Chris, Joel, and Pierce won't look back in thirty years and wish they had!

I know that skydiving instructor and I always thought he'd make a great story...calculating risks as an Insurance man by weekday....taking risks as a skydiver on the weekend. such irony. He told me once a skydiver has the same insurance rate as a smoker. Food for thought.