My Daughter the Demonstrator

My daughter and her boyfriend, Happy Couple II, made a decision to skip their prom. Considering he's a senior, that seems significant to me. To them, it was a no-brainer. They had something better to do, namely participate in a rally to call attention to the plight of children conscripted into a rebel army in Uganda.
The nearest rally was in Dallas, which meant a weekend roadie. This also involved a peaceful protest march and an all-night vigil in a public park. They insisted. We thought they were insane. They insisted.
We insisted that if they actually did this, we would be close by. They did and we were. 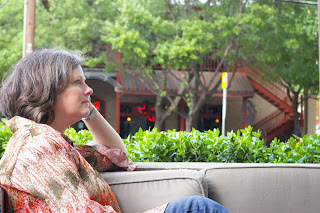 So, my wife found an uptown hotel near the park. Turns out the hotel offered outdoor seating at its well-appointed lounge. It was a beautiful springtime afternoon, so we decided to relax under a shade tree. As my wife was, well...lounging, a group of young people began to parade by. This was not planned. There they were, HCII, amongst their protesting peers, contentedly strolling by. 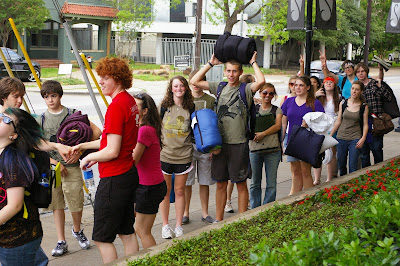 Their small group of socially conscious church kids was among hundreds who participated. They were not exactly dressed for prom, and they seemed happy about it. 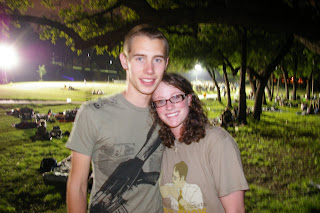 They made it through the night out there in the park in the dark, despite brief episodes of rain. Not surprisingly, our phones began to ring about 6:30 a.m. It turns out a hotel restroom and a hot breakfast had developed an irrestible appeal. We were happy to oblige.
At first, it bothered me to pay for a couple of tanks of gas and a night in a fancy hotel. Then, it occurred to me what I might have had to fork over for a prom dress, shoes, a haircut and our share of a limo ride. Suddenly, that Saturday night in the park didn't look so bad.