We had people over, hosting an honest-to-goodness, by-God dinner party. This isn't something we do. We should do it. I mean, shouldn't we all? The people were perfectly nice. How could they not be? They're from the church. One couple even lives in our neighborhood, so we might have been able to pass it off as a block party.

This involved setting the table, cooking the meal and cleaning the house. There were table linens and good china and four couples sitting around the dining room table catting amiably. Maybe if we did have our friends over more often, we wouldn't have felt so much pressure.
The concept is honorable. It's called "dinners for eight," and the idea is to bring together in family homes couples of varying ages. It was our turn to host and I have to say my bride did herself proud. The house was scrubbed clean and filled with the aroma of home cooking. 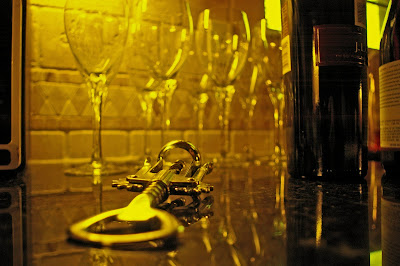 It was an overwhelmingly positive experience. We had perfect attendance, the food was good and everybody hung around a good, long time.
Yep, they hung around for a good, long time. I'm looking forward to seeing them again the next time we have dinner, WHICH WILL NOT BE DURING A DALLAS COWBOYS PLAYOFF GAME.
To be fair, this dinner has been long-planned and there was no legitimate way to foresee that the Cowboys would play on a Saturday during prime time. BUT THEY DID! And I missed the first half. The Cowboys hadn't won a playoff game since 1996, and they were playing their fiercest rivals, the Philadelphia Eagles.
But Dinners for Eight will not wait! There was no way we were postponing. We didn't even discuss it. 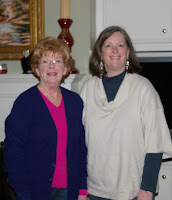 I should mention that this whole concept was brought to the church leadership by my sweet mother-in-law, who popped in before dinner to check on her little project. This is the first year for DFE,and by all accounts it has been a swimming success. It's an all-volunteer enterprise and she had many couples sign up. In fact, she is making the rounds of her DFE's, taking group photos to help promote a possible expansion of the program in Year Two.
Speaking of success, the Cowboys took a 27-7 lead into halftime.

While they were exorcizing the demons of playoffs past, we were saying grace and swapping stories.
I only snuck out of the dining room once to take a peak at the game. Thank God for Tivo. I caught up during halftime and settled in for a tremendous second half as the Cowboys thrilled their fans with their first playoff win in thirteen years.
We'll have people over again. Soon, I hope. But probably not during football season.