It's a Really Big Event, They Tell Me 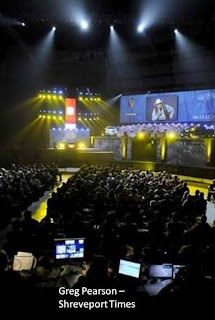 It's a multi-day fishapalooza, "the Daytona 500 of Bass Fishing," and it's happening right here in the home town this weekend. Since the Daytona 500 is "the Super Bowl of NASCAR," the logic linkage tells me something. So it is that tens of thousands of people are showing up in our nice arena to watch fifty men and one woman weigh fish.
The 2009 Bassmaster Classic is getting Shreveport and Bossier City a lot of attention. We are in a "twin cities" situation and the Red River runs through it. In the Red River are trophy-class bass and these 51 competitors aim to find them, hook them, weigh them and take home untold riches because of it. 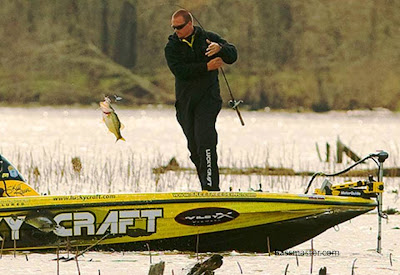 I actually understand all of that. It's pretty straightforward. I understand the incalculable benefit of having an inernational event of this magnitude in our towns. It means international multimedia exposure, including many hours of coverage on ESPN2. There's nothing wrong with that and there's a whole lot right with it.
What I don't get is why people, thousands of people, stand in line eagerly awaiting the opening of the doors to the arena so they can jam into the place to watch the Fabulous 51 flash their fish. 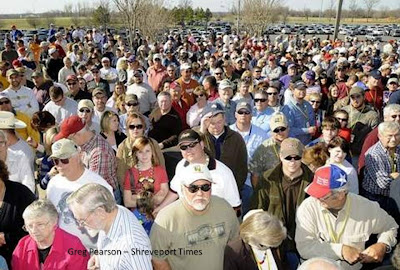 I have been to this sort of thing before. This weekend's event is the most significant of its kind, but when you get right down to it they're just weighing fish! I didn't grasp the attraction on a smaller scale. Now that it's as big as it gets, the only thing that's larger for me is my puzzlement.
Shuttle buses are running between multiple locations. Visitors have come from near and far to be a part of this like...well, the Daytona 500 or the Super Bowl.
I have been unsuccessful in my quest to muster up any enthusiasm about this. I'm feeling the guilt of being a Terrible Citizen becasue I am not participating in this in any way. 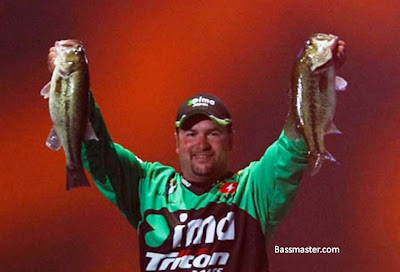 I will celebrate our area's success from the comfort of my house, check the internet for photos and turn the TV on to make sure the ESPN people are saying good things about us. I have several buddies who are just breathless about this thing and have been all up in it. I will go to lunch with them next week and let them tell me all about it. Maybe we'll eat fish.

Howdy from Houston! I forgot about the big bass tourney in town while I was down here in Texas this week. Just for fun, I checked today's Houston Chronicle (no mention of the event) and the Fort Worth Star Telegram (one small story). Regardless of the lack of publicity outside of ESPN (who owns this event) and the local media, I agree with you that these anglers are a hearty and unique sports niche. And, most importantly, they are apparently doing a great job at boosting the local economy! After the end of football season, what are us guys supposed to do for sports excitement between the first week of February and the last week of August anyway? Gotta run - the WWE is coming on TV! :)