Iguana Meat and the Mayans

Our daughter has returned safely to U.S. soil after a trip to Belize which undeniably had vacation elements. While there was time set aside to lie on the beach and gaze into the Caribbean, the primary activity of her traveling party was mission-oriented. So, their inland water views looked something like this. 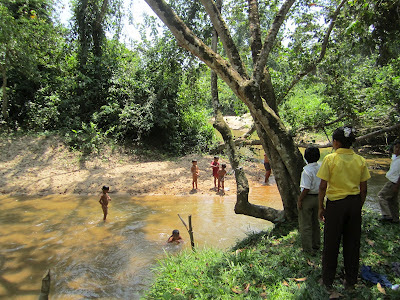 She has come home for one night and has been given us abbreviated stories as time and movement about town allow. She spent the majority of her time playing, rough housing, singing and eating with beautiful Mayan children. 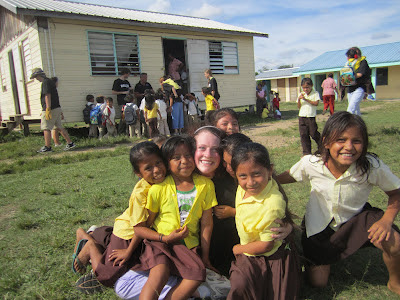 She is a person of many strengths, but has been notoriously deficient in being comfortable around young kids, so this seems to have been a growth experience for her. 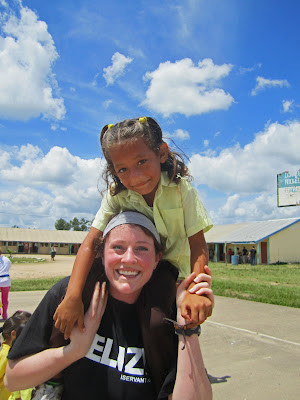 She and the others worked in and around a school, as well as in a farming community, where she got up close and personal with an iguana. 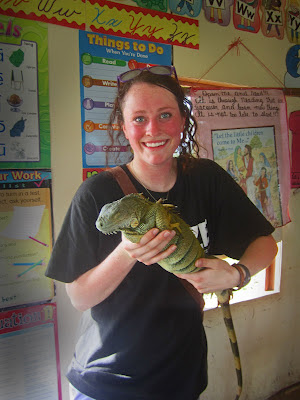 The thing is, the big lizard she was holding was somebody’s future lunch. The missionaries made a stab at immersing themselves into the culture by eating iguana, iguana eggs and other indigenous food. At least they can say they did it. 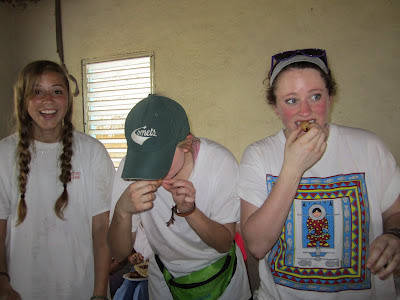 As long as they were handling potential food, why not pick up something more familiar, like bacon or ham? 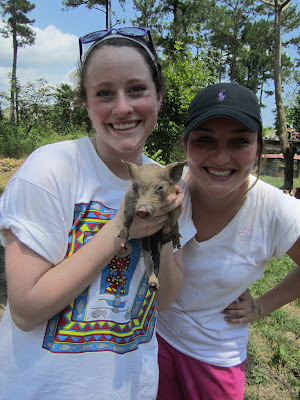 Being exposed to another way of life will serve her well in the long run. The people she encountered weren’t impoverished, oppressed or victims of natural disaster; but that doesn’t make the trip any less worthwhile. On top of all that, she got that “Belize” stamp on her passport. 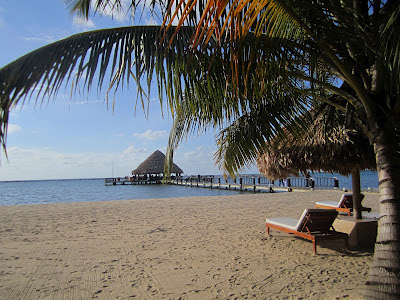 She hustled back a day earlier than the others because she attended a wedding here in the hometown. 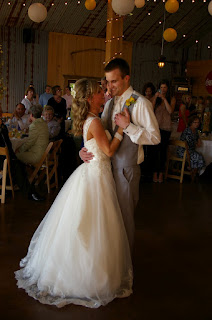 After about 26 hours using the family home as a base of operations, it’s back to Texas and her real life. It was certainly nice to see her.