Shivering in the Stadium

The day after Christmas in Shreveport was grey and rainy, with occasional thunder. It was cold, too, with temperatures in the low 40’s. In other words, it was cold enough to be miserable but not cold enough for the rain to become snow…not even close. It was under those conditions that my sweet mother-in-law boldly strode into Independence Stadium to watch the Missouri Tigers play the North Carolina Tar Heels in the Independence Bowl. 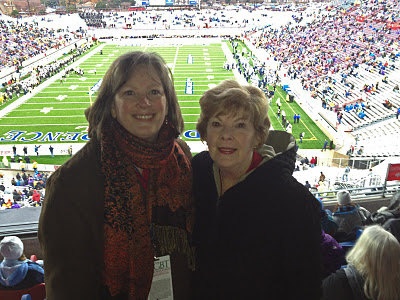 Unfortunately, there were too few intrepid souls to make the stadium look presentable on TV. There were 30,000 or so people who had tickets to the game, but decided the weather was just too ridiculous to suffer it willingly.
The truth is, she knew she would have a roof over her head, so the rain wasn’t a factor. So, she bundled up and sat in the cold with her daughter for as long as she could take it. 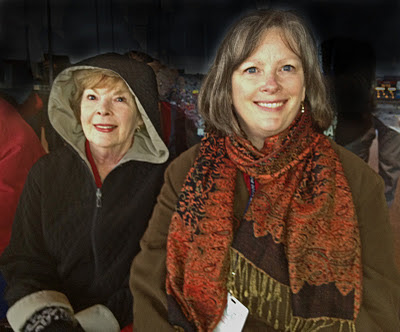 That was, by the way, slightly more than three quarters of football. She said this was her first time to ever set foot in the stadium. As much time as I’ve spent there, that little piece of news shocks me just a little. I’ve seen rain, snow, ice, mud, slop and summer swelter there. The key is to dress appropriately. 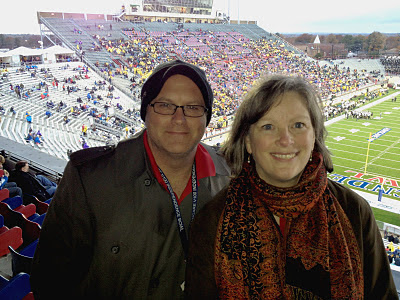 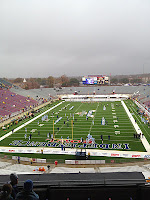 It was a disappointing day for the Independence Bowl, there’s no getting around it. But I think it was a good day for my wife and her mother. Christmas is behind us. Ours was terrific. The kids came home and we all got together, along with my father, for a low-key but happy day. But everybody’s gone now, so the game was a welcome distraction. It got us out of the house. I just wish the weather had been a little better.

I appreciate your honesty about the lack of attendance at the bowl game. It looked absolutely dreadful on TV as I watched from another city. I imagine that even Gen. Omar Bradley had a tear in his eye up in heaven after looking at the lack of community and fan support Monday. IF our beloved bowl survives, it's time to clean house with the organization. If it doesn't, it's been one heck of a run. Here's a toast to you, Timmy B, Fletch, Bob Griffin, many of the radio stations, The Times, and a handful of long-time supporters for getting this game rolling and keeping it going over the years. In our lifetimes, we've witnessed Shreveport's sports community brightly rise up and now we observe its sunset. It's been a great ride, but I'm beyond sad after watching the game Monday. I felt like I lost a good friend.