It's Never too Late to Be a Tiger

Those of us who have spent decades of autumns prowling in and around Tiger Stadium might occasionally be guilty of taking the experience for granted. Over the weekend, I took in the LSU football experience with a fresh perspective. My sweet mother-in-law attended her first LSU game. 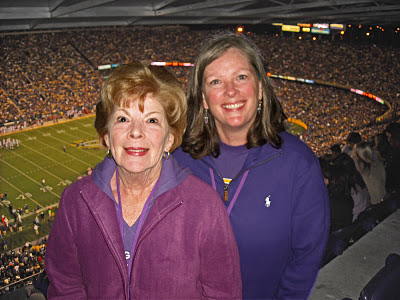 Her daughter was with her every step of the way, which means something because we walked all over the campus, soaking up game-day ambience. 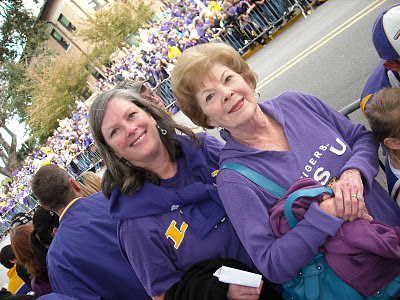 We even took a detour to a popular restaurant/ sports bar where we had a little gumbo and watched day games. 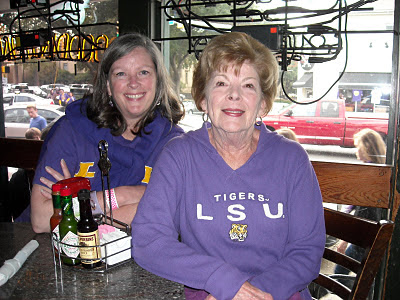 The timing of this experience was critical. LSU is having such a great season that all of their conference home games this season have been played during the day at the behest of the TV networks. A homecoming date against a lesser opponent allowed for a “real” Tiger Stadium experience: Death Valley at night. 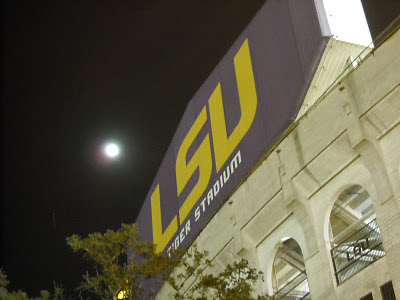 Moreover, it meant a reasonable hour for related activities like watching the team walk to the stadium down Victory Hill, and later Mike the Tiger, The Golden Band from Tigerland, the LSU cheerleaders and the Golden Girls. 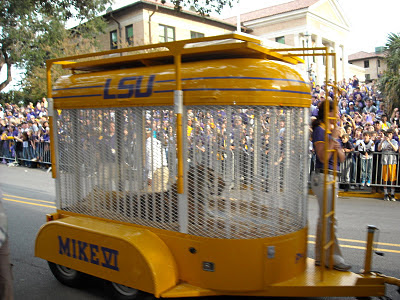 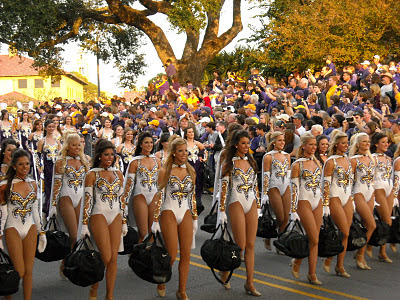 Regardless of her septuagenarian status, mother-in-law was excited like a little girl, wide-eyed and smiling while declaring “it’s so neat to see all these things I’ve seen on TV so many times.”

I was fun for us, too. As we waited for the band, my wife and I talked about how long it had been since we had done all of this. Typically, we concentrate almost exclusively on the games themselves and don't take the time to soak in all the sideshows. 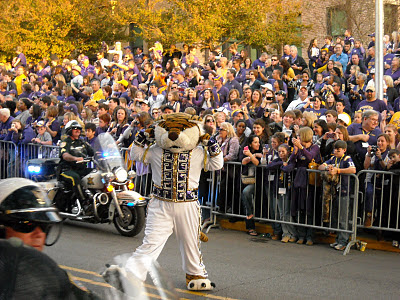 You can tell people about the crowds, the spirit and everything that goes along with it; but until you see it, feel it, touch it and smell it, you don’t really grasp it. Finally, she knows what Baton Rouge is like on a football Saturday. It’s something any true-blue Louisianan should know and it’s never too late to discover it. 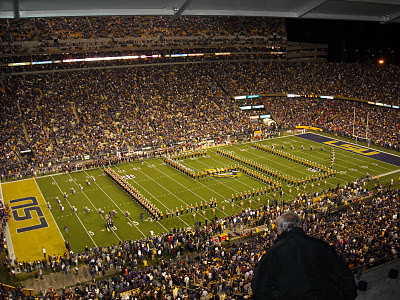 During the course of the day and evening, it came up several times that mother-in-law hadn’t been to a game before.
Consistently upon hearing this, people would take a little pause, consider that for a moment, and get a little wide-eyed. 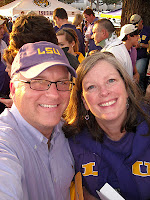 They were always gracious, though, and said something like “Well, you’re in for a treat.”

I think that’s the way it turned out, especially for my wife and me. College football has been such a significant part of our relationship, it’s nice that now maybe her mom is a little closer to understanding why.