My Family's Ever Expanding Universe

For about an hour this weekend, the family was reunited. Our daughter made a quick dash home from college. I had plans with her brother to see an IMAX movie about the Hubble space telescope, so she and her mother jumped into the car and we all went together. 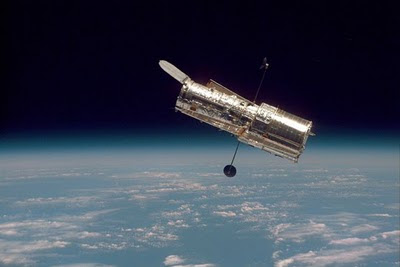 It was nice to sit quietly, the four of us together, to share an experience. There was a lot to think about as the film unfolded, and afterward we engaged in a brief discussion about our place in the universe. Then he went on his merry way, busy discovering a new world of his own now that he is 21 years old.
Our daughter is flush with excitement about her life at TCU. She is effusive in the expression of her contentment at the school. She might have come home a day earlier, but there was a high profile on-campus event she didn’t want to miss. The Horned Frog baseball team, ranked #1 in the nation in most preseason polls, opened its season with a weekend series against Kansas. She said, “Everybody was going. I couldn’t miss it.” From the looks of things, she was correct. The stadium was packed with a record crowd. 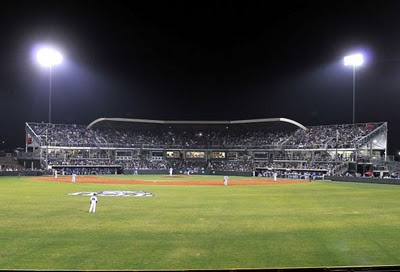 Even though it’s February, it was unquestionably a beautiful night for baseball. 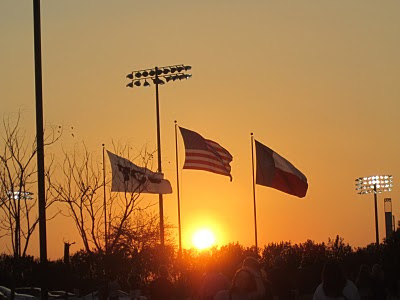 While at home, she was determined to take advantage of a rare 24 hours of peace and quiet in order to get some serious studying done. She planned to spend some time alone in her room, free from the din of dormitory distractions and the ever-alluring siren song of fun with her college friends. We left her at home on Saturday evening, so we can’t say for sure if she studied. I suspect she spent some quality time with her cat and her TiVo.

Meantime, we parachuted into a local coffee house where we hoped to get a glimpse of our son’s secret life. Some of his friends were providing the evening’s entertainment and we stopped in for a listen. 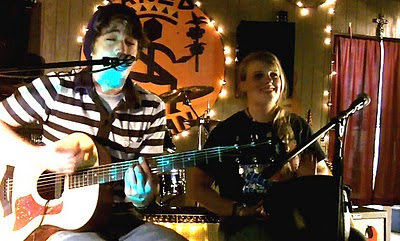 The music was lively and well presented*, but the best part was meeting several people about whom we’ve heard stories. He’s running with a talented, attractive crowd and that’s encouraging.

We were thrilled when one of our daughter’s closest friends, home for the weekend from LSU, came to the house to spend Sunday morning with us. I grabbed the girls in an extended group hug and said, “I don’t want to hang onto you so long that it starts to seem creepy, but I never want to let you go.” We sat around for most of the morning and listened to them swap stories as only two close friends who are having concurrent but disparate young adult experiences can.

Then, shortly after lunchtime, our daughter was gone again, headed west into the Texas sun to reunite with the people who populate her new world. 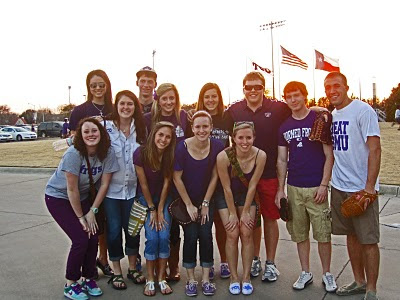 I don’t know what the look on my face said, but my wife silently approached me and just hugged me for a long time without speaking.
It sure is quiet around here.

Friday night's baseball game was great. If you look really closely at that picture, you'll see my wife and I in section A row J.