The Late But Great Departure

When you have little kids, you realize that there's a really good chance they'll move away some day. Thinking about it prepares you, but when your first-born and only son packs up his car and moves half a continent away, it's not easy. 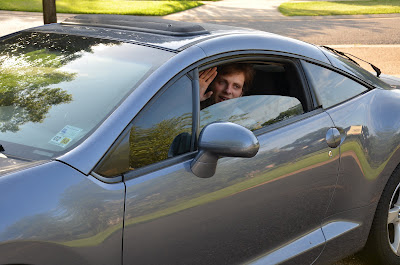 At 22, our son is long gone...relocated to a place you never heard of somewhere in California about halfway between Los Angeles and San Diego. We're not sure when or if he will be back. He plans to "explore the west coast," and we fully support the project. If he doesn't break away now, there's a chance he never will. Since he stayed in town for college, this is his first try at separation from home and family. He says he hopes to "man up a little" during his extended absence.

He resigned from his job, didn't renew the lease on his apartment and spent a couple of weeks on a farewell tour. He was feted by friends. 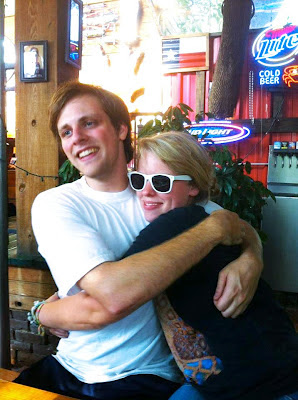 He extended invitations to many to visit him once he gets settled, and just about everyone wants to go to California; so maybe he will have company. He's situated about 45 minutes from the Pacific Coast and living in the valley of some minor mountains. Why wouldn't they come visit?

As his departure neared, there was a great outpouring of affection, declarations of love and plenty of hugs. 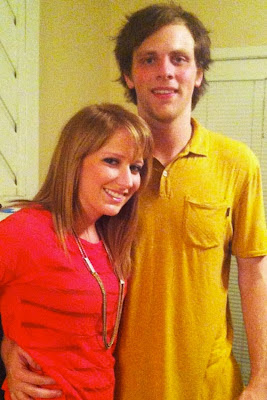 All of which made actually leaving a little more difficult, but he did it. While his mother was all smiles at a farewell dinner, her demeanor changed when she saw his tail lights in the distance. 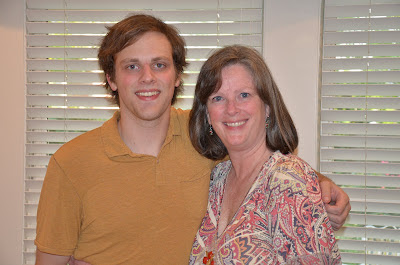 I decided to go paternal and give him a speech that went something like this:

I've worked with a lot of people your age over the years, in health care and broadcasting. Most of them have similar goals. They either want to make it big in a major city or at a network; or if that doesn't work out, they want to get to their home market. At some point, almost everybody wants to go home. There's a reason the majority of people live within a hundred miles of where they were born. You need to do this, and I'm glad you are. You will get homesick. Fight through it the first and second time. But if you find you've overly romanticized all this, coming home is not a failure; it's a success. It means you tested yourself and discovered who you are. If you get there and love it, make a home for yourself and we'll come visit.

When he stuck around after high school, we expressed confidence that he would be okay. More than okay, really. I remember my wife and I saying he's so smart and such a good kid that he will be great, but maybe a little late.

It is a little unusual that even though he's two years older than his sister, we had to adjust to her departure two years before he decided to take off.

I said so long to him with an attitude something like "Here's your sword. Here's your shield. Go forth and conquer." I hope he does. 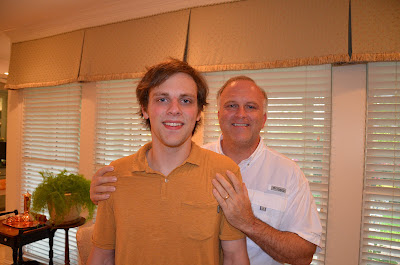 While all of that was certainly sincere, I'm still walking around with a lump in my throat and a knot in my stomach. Our daughter lives three and a half hours away. This means any given morning, we could wake up and go have lunch with her or hustle to her rescue if she needs us.

There's a desert and a major mountain range between us and our son. Maybe it's what he needs.

Maybe he's not the one who needs to "man up" about it. Sphere: Related Content

Love the speech, and wholeheartedly support every word of it.