The Ride of Their Lives

When she was five years old, I took my daughter parasailing. As we floated in the sky supported by a colorful parachute and tethered to a ski boat in the Gulf of Mexico, she said in her little girl voice, “This is the best day of my whole life.” How must have she felt this morning?
One of her closest friends celebrated her 19th birthday with a hot air balloon ride over Shreveport and Bossier City. She brought two friends and her mom along. What a thrill. 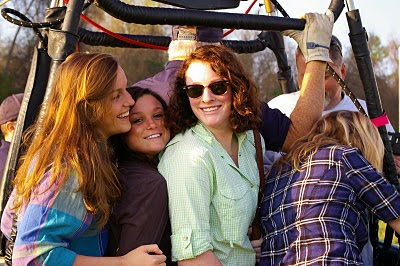 The ladies had been looking forward to this event for weeks, and by all accounts it lived up to expectations. The morning was a little hazy, but the sky was clear and the wind was accommodating. 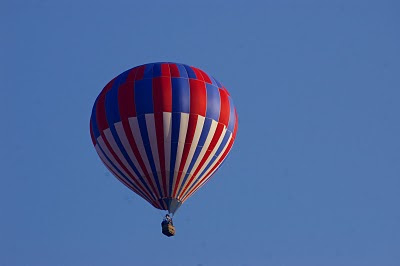 The balloon was, of course, driven by that gentle wind. It guided them south to north and allowed them to float along on the periphery of downtown while they got a spectacular view of the cities and the Red River. 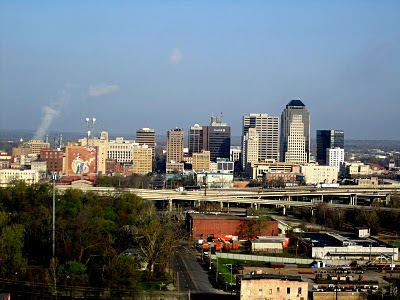 I had a ground support role as the trip’s official documentarian. I quickly got in touch with the uncertain nature of balloon flight while not-so-simply following the chase vehicle as the driver meandered on highways, occasionally going off road while maintaining radio contact with the guys flying the balloon. 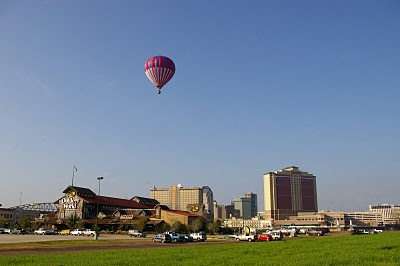 During one short pause in the proceedings, I had a chance to speak briefly with the driver and said, “This isn’t exactly a science, is it? It’s more of an art.” He laughed and said, “Yeah, a dark art.” The local hot air balloon community knows how to have fun, it seems.
As we continued on our uncertain, circuitous path to an undetermined landing spot miles away, the balloon riders coasted blissfully along enjoying the view. 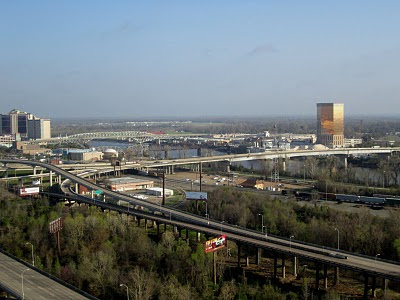 At one point, we are told; their altitude and trajectory led more than one alarmed driver on an interstate highway to believe they may land on the road. 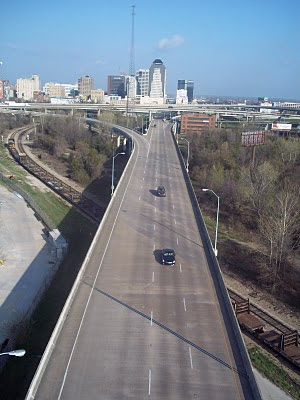 I recall losing sight of them for a few minutes mid-flight, which was slightly disconcerting. I mean, they’re supposed to be up in the sky and if I’m chasing them, in theory I should be able to see them. 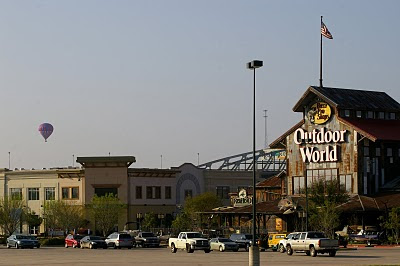 Happily, they did not merge with interstate traffic and they rose above the trees safe and sound.
One of the friends admitted to being significantly scared as the flight began, but based on the laughing that was easily audible as they began their descent, fear was clearly supplanted by glee.
The landing, in a field across the river from downtown, might have been smoother. The basket bounced at least once as the strapping ground crew labored to keep the passengers grounded. 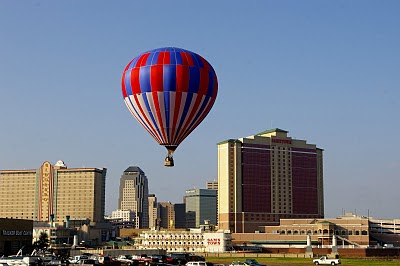 Even the post-flight process yielded a few shenanigans as the passengers dog-piled on the balloon in an effort to get all the air out so it could be packed away. 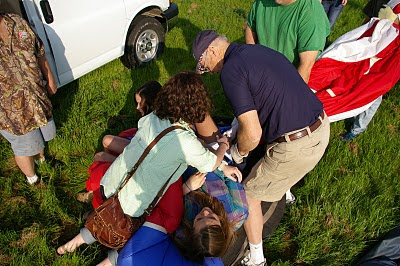 When it was all finished, there were smiles and hugs all around. There was a lot of love on that balloon, as well as a healthy dose of relief from a frightened flier grateful to find firm ground. 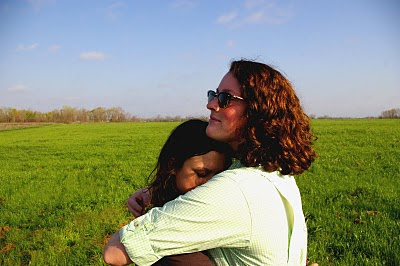 So, our daughter’s low-key, home-based spring break comes to a spectacular conclusion. For my wife and me, another memory is made as we say so long once again to our young friends. It’s back to school where they are learning moment by moment that despite their many adventures, the best days of their lives are still ahead. 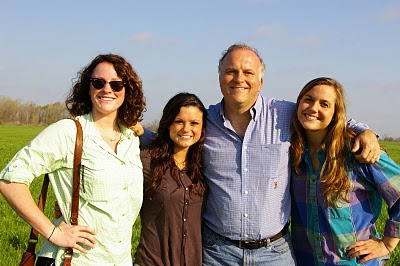 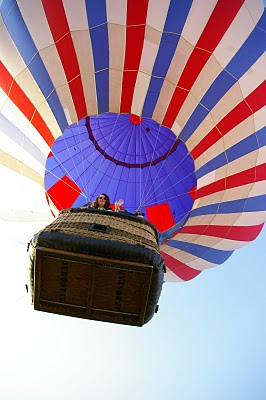