A Sweaty Start to College Life

On this, our daughter’s first full day away from home, we are quickly learning to monitor her activities from afar. That’s the magic of text messages, Facebook and Twitter. We realize we only will see what she wants us to see, but so far everything’s positive. 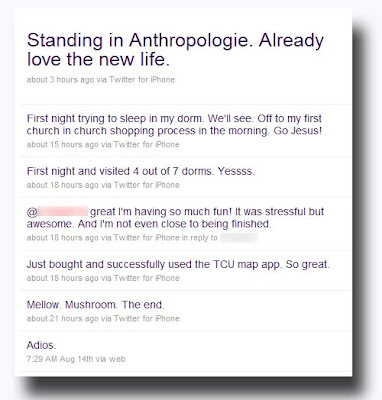 From those short dispatches, we can determine that she has said good-bye to home, hello to her new sleeping arrangements and presumably had pizza at Mellow Mushroom.
She evidently went to church and then went shopping and is loving college so far, and that’s just in the first 24 hours since she said good-bye to her parents.
The journey from home to dorm was arduous and steamy. 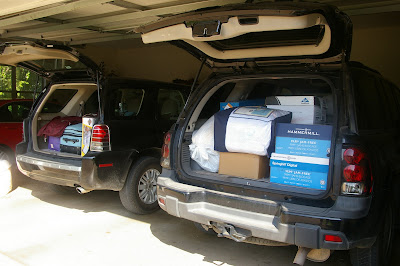 Two SUV’s were packed with her essentials, and off we went, only to be delayed for almost an hour on the interstate. Along with thousands of other motorists, somewhere in East Texas we were at dead stop while an accident was cleared. We became philosophical while we waited, deciding it’s better to be delayed by a wreck than to actually be involved in it.
We arrived at TCU in the hottest part of the August afternoon, and in the company of many similar families became supersaturated with our own sweat as we hauled everything into her room while battling triple-digit temperatures. 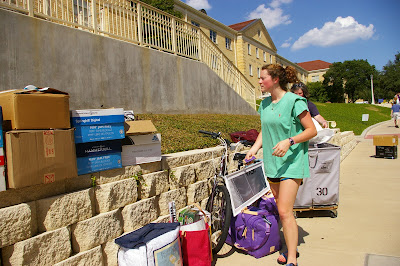 Her roommate’s father was there and welcomed us to Texas, making a comment about the heat. I said, “Hey, we’re from Louisiana. This is nothing. Come visit us. We’ll match your heat and raise you 20-30 points of humidity.” I’m not sure he believed me.
We piled everything into the room and arranged the furniture for the young ladies. 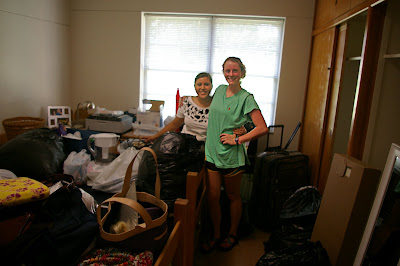 Getting the beds assembled and made up quite quickly became the highest priority. I’m not sure why, exactly; but by the time we got to that point, the other father had hit the road. As the only male in close quarters, I knew enough to simply follow instructions. My wife snapped a photo of the bed and e-mailed it to her mother. Why my sweet mother-in-law needed an on-the-spot report with photos about the bed just escapes me…but, hey, you know what I’m saying here? 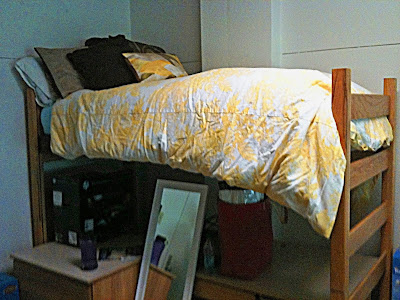 After that, suitcases were unpacked and empty boxes were taken to a trash pile and suddenly there was nothing left for Dad to do. As if by magic, Frog Camp friends showed up on cue and it became abundantly obvious it was time for the parents to hit the highway. As I hugged my daughter good-bye, the preppy kid I had met moments before asked, “Isn’t there supposed to be crying right now?” I thought, “Keep your topsiders on, Biff,” but I just smiled and said, “Don’t worry. There will be.”
That prediction came true, but the ride home wasn’t as emotional as I had expected. For the moment, it feels like she’s just gone to camp or something. So, check with me in a couple of weeks.
I’m hoping the adjustment will be easier if we are convinced she’s happy. We’re willing to believe it as long as she keeps posting happy thoughts. 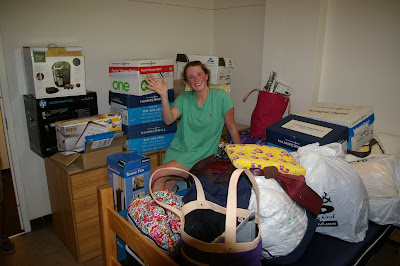 We are keeping an eye on her from a distance, but everybody knows she’s less than four hours away by car. I’m positive about that, too.

Your pictures bring back so many memories! She's going to have a blast.