The day of our daughter’s departure is drawing dreadfully near. She is making final preparations for her relocation to TCU, where presumably she will spend the majority of her time over the next four years. Boxes bound for the dorm room are starting to pile up. 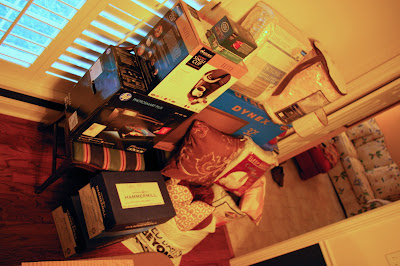 How she expects to cram all that stuff, along with herself and her roommate and her roommate’s stuff into one standard-issue dormitory dwelling space is beyond me.
All the essentials are lined up: A television, a coffee maker, a fan, a printer, a lamp…
In a separate location, occupying approximately a third of an acre of floor space, are the shoes she intends to take along. 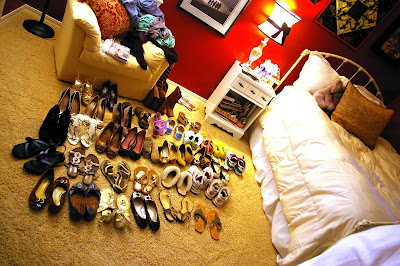 Elsewhere, there are shelves filled with DVD movies which she fully intends to take with her. There’s a plan for the DVD’s. She will have a dry erase board in the room, which will serve as a check-out system. 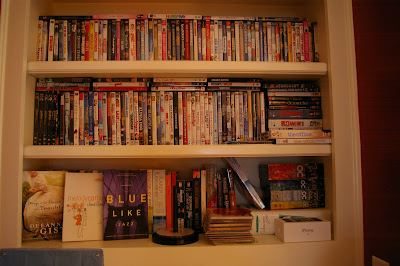 Yep, anybody who borrows one of her movies will be on the honor system; but must make a note that they have acquired the DVD. I’m sure that will work out just fine and she will maintain possession of every last disc.
Truly, she seems surreally excited about all this. That makes me happy, of course; but I’m not so sure how much it’s diminishing the size of the knot in my stomach. 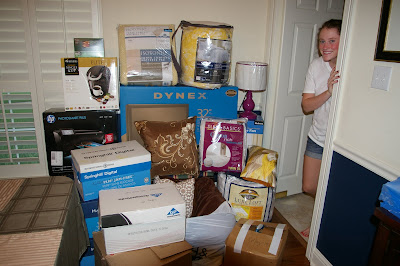 Not only is my spectacular daughter leaving me, but she’s going to an expensive out-of-state private university. All this is daunting and I dare say depressing. My wife says I’ve been cranky for two weeks, but she understands why and doesn’t blame me. Well, here’s a news flash: she hasn’t been her usual Little Suzie Sunshine self for quite a while. That’s okay. I understand why and I don’t blame her.
Mindful of TCU’s mascot, I guess it’s safe to say my princess has turned into a Frog. 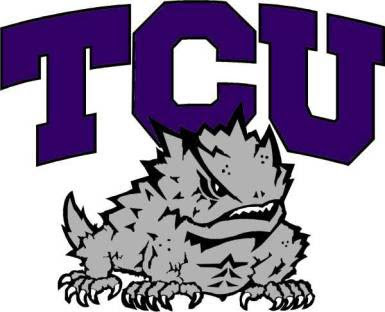 She had better become a stellar student somewhere along the way so all of this worry and expense can be justified.
Take a look at the pile of stuff we’re expected to haul west this weekend. Do you see one thing that’s academically oriented? Hey, for her the party’s just getting started. Maybe that’s a philosophy her mother and I should adopt back here at the lonesome homestead. That wouldn’t be so dreadful, would it?