My daughter, freshly home following three weeks in the wilderness of western Canada (she calls it a “thin place’ because she says “the barrier between there and Heaven is so thin”), is clearly bored.
To cope with the mundaneness of home, she and a couple of her friends resorted to madcap mischief. 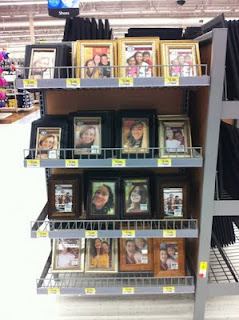 During a late-night trip to a local outlet of a national discount chain, they became fascinated with the photos in the low-cost frames.

Sometime in the dark hours of the morning, they snapped cell phone pictures of the frames, made their way back home, stealthily ascended the stairs and painstakingly replicated several of the photos using themselves as models.

Then, later still but well before sunrise, they boldly returned to the Great Discount Frontier and while no one was watching, placed their own photos on top of some of those in the frames, then placed them right back on the shelf. 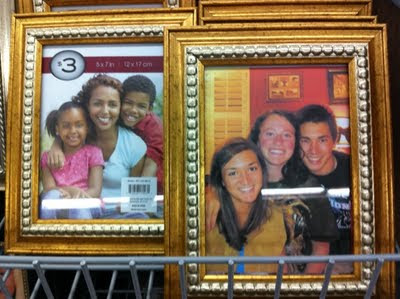 As silly 19-year-old high jinks go, this one is pretty innocent (and I have to admit disarmingly hysterical), but I worry that they could get into trouble. I mean, after all, they did plant some pretty substantial evidence against themselves. 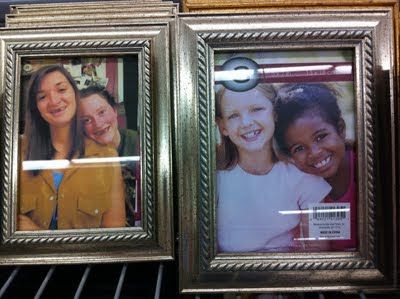 In this photo, one of the girls in the original image had some missing teeth, so our pranksters went to the trouble to black out a couple of their own with raisins. Details are very important.

As for the trouble: what is their crime? They didn’t steal anything. They might have impacted the value of a retail item. They could argue that the value actually increased, but that’s a dubious position.

The best part? Later in the day, my daughter got a text message from someone asking if she had modeled for the people who sell the frames. So, nobody at the store had noticed. The photos were still there....and one of her friends saw them! 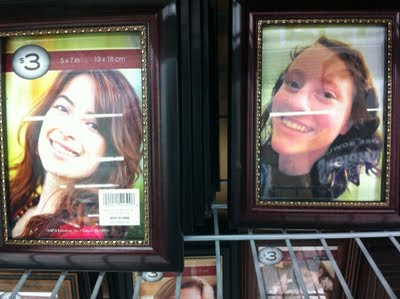 Even though she and her buddies get the last laugh (at least for now), I think we need to find her something to do, like get a good night’s sleep. 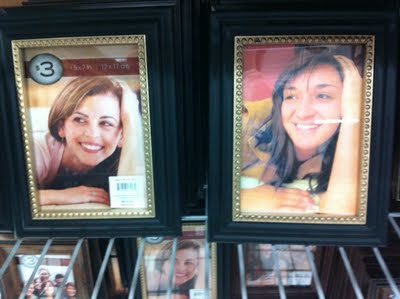 This is the funniest thing EVER! Your daughter and her friend are both geniuses and fantastically funny! If they aren't yet behind bars, please give them kudos from me! (If they are behind bars, tell me how much bail is and I'll try to help them out...)