Ripples of shock expanded across certain social media cirlces when late on a Sunday night, a photo emerged of my daughter which showed her holding hands with some dude named Ross in a gazebo with the caption "Married, y'all!" 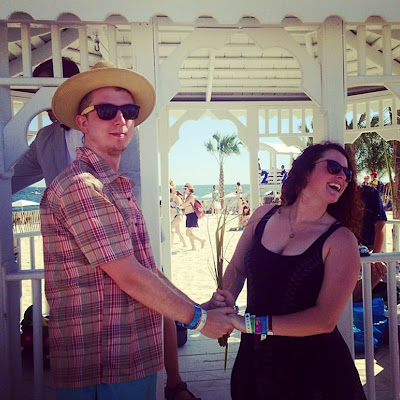 This guy Ross was one of the first kids I met when we dropped our daughter off for her freshman year at TCU, but I don't think I saw him again until a few days after graduation. He seems like a good guy, but I'm not prepared for him to be my son-in-law. So, like a few others, I was confused...especially when an accompanying photo was captioned "The best wedding party I could have asked for." 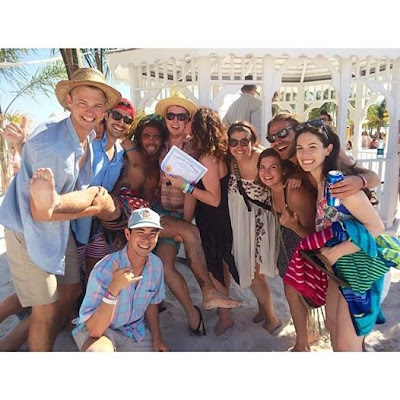 The ambiguity had an unsettling effect on some people, including some of her oldest and closest friends who weren't at the wedding.
Let's be honest, I knew it was some kind of gag from the first moment I saw it, but I didn't get the joke. I have to admit I thought for a few seconds, "Hold on; what if this is real?" Since she was a little girl, I've been telling her there was one word I wanted her to learn: "elope." What if she took me seriously? But, here's the truth: She, Ross and a bunch of other recent TCU graduates joined tens of thousands of others for a giant music festival, Hangout Music Fest, on the Alabama gulf coast. 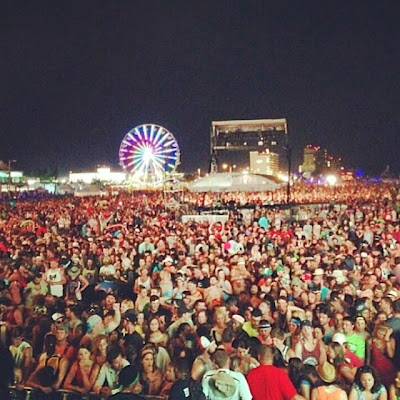 There were actual weddings performed in that gazebo, but most of them were just for the weekend. For these "weekend" ceremonies, a preacher would go through the motions but change up the vows to say things like "in drunkenness and in hangover" and "from here until the end of OutKast on Sunday evening." OutKast was one of the featured bands at the festival. So, breathe easy, everybody. Her marriage was automaticaly annulled with the last note of music. There are lingering questions about how binding those weekend vows were. They're out there, but I'm not going to ask. Sphere: Related Content