It’s been thirty years since my father shuttered his business and went into retirement. Make no mistake about it, though; he’s still the boss. 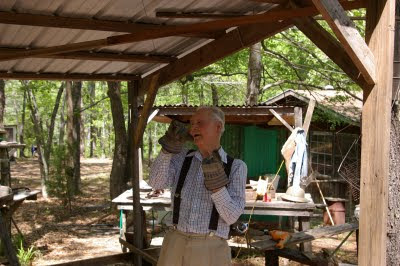 Somehow, I got talked into “helping” him build a tin roof tool shed on some property he owns out in the woods. If you define “helping” as doing the work like a trained monkey while the boss calls the shots, then mission accomplished. 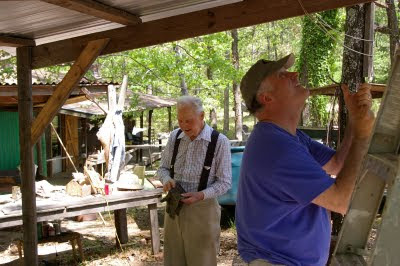 My wife and her mother tagged along for the fresh air and sunshine and tried to lend a hand a couple of times. But the boss is old school and this kind of heavy lifting isn’t women’s work. There were a few suggestions made along the way, but it was quickly determined that that was wasted breath. 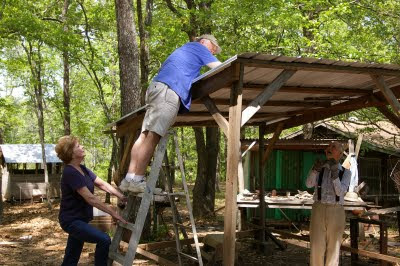 You see, my father was a micromanager before anybody had ever heard the word. My brother and several of my friends worked for him at Rebouche Plumbing and Heating along the way. We learned very quickly that thinking for ourselves while under his dominion was, shall we say, frowned upon. He knew the best way to do things and there was no reason to discuss it, really. One of my cousins who earned a summer paycheck a couple of times says, “Darrell, he was just mean.” Maybe he was, especially if he had to put up with backtalk. “Backtalk” here can be defined as “mentioning there might be a different way to accomplish the job.” See, if you had ideas, you just weren’t thinking straight. If you committed this transgression, the boss would be forced to “talk hard to you.”

“Helping” with the shed brought back memories. Even when he tried to be complimentary by saying something like “you’re working real good today,” he said it with a tone of surprise. So it comes across as “I didn’t think you had it in you.” Hold on, am I exposing old scars? 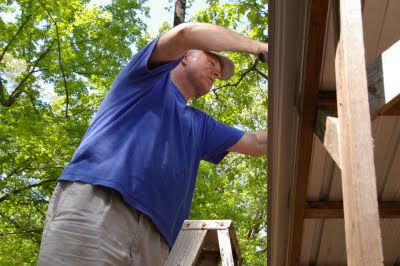 All of this is actually true and only slightly exaggerated, if at all. It must be noted that almost everyone who recalls their days in the plumbing truck speaks of these things with love, admiration, respect and amusement. We all agree that the work experience we got thanks to his success in business has helped us in many ways. Do the math. He will be 85 years old this summer and he’s been retired for thirty years. That tells you something.
The exception is my older brother, the only one of us who stuck with him and worked at the company for years. Their “working relationship” remains largely unchanged to this day. My father calls, tells my brother he has to do something, and he does it. They come into silent conflict because my brother, a veteran plumber himself on the precipice of retirement at 64, has well-developed thoughts about the way things should be done. If his ideas (“notions” my father might call them) are rejected, as they often are; he carries on doing things the boss’s way, but complains about it under his breath to anyone who will listen. If no one will listen, he complains anyway.

At one moment during the shed construction, I looked at my wife and mother-in-law and said “this is why I went into TV news.” 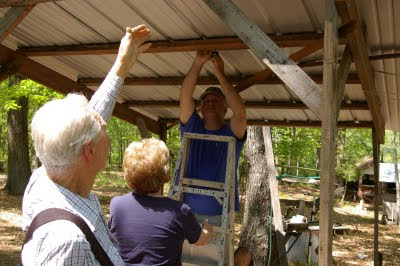 This was just after a boss-imposed lunch break. I wanted to keep moving until I was finished, but the women had dutifully driven into town to grab something to eat. When the food arrived, lunchtime was declared. So, I left my tools on top of the ladder and stepped away. When I returned to the job, I failed to remember this important detail and moved the ladder. A pair of pliers, a crescent wrench and a claw hammer rained down upon me, banging me right on top of the head.
It must have knocked some sense into me because I worked with renewed vigor after that, following the boss’s instructions to the smallest detail as we wrapped things up.
It was a beautiful day and we all spent time together. A nice little shed was built. My father was happy because he got his structure erected his way. Since I knew exactly what to expect, it was all very pleasant. Nobody was mean. Now, I’ve got to do something about that knot on my head…..